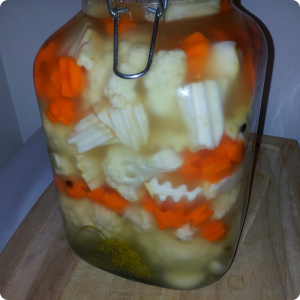 Fermented foods are foods that are transformed through controlled fermentation, by microorganisms. Food fermentation has various objectives such preservation, taste and aroma enhancements, or even obtaining absolutely new foods, or drinks, without any resemblance of the original ingredients.

What is Food Fermentation?

Fermentation is basically a process in which an organism converts a carbohydrate such as starch or sugar into alcohol, carbon dioxide and acid. By breaking down organic matter, through the fermentation process, micro-organisms obtain their necessary energy. The science of fermenting food is called zymology, and it predates known history.
The two main microorganisms that are used in controlled fermentation are bacteria and yeasts.
Yeasts ferment foods to obtain energy by converting sugar into alcohol. Bacteria ferment foods and it converts carbohydrates in to lactic acid. Fermentation is a natural process, people used fermentation to make products such as wine, cheese, beer, cheese, yogurt, and many more are included in the probiotic foods list.

The good microorganisms used for fermenting foods, are also called probiotics. Probiotics are bacteria, or yeasts that are beneficial to humans, living in symbiosis with us. We give the probiotics a place to live, and we feed them with foods that we don’t need, (indigestible fibers), and in turn they help our health in many ways. They boost our immunity, stimulate the natural digestive juices and enzymes, help our brain function properly, reduce cholesterol, help with weight control, IBS, blood pressure, and many other. 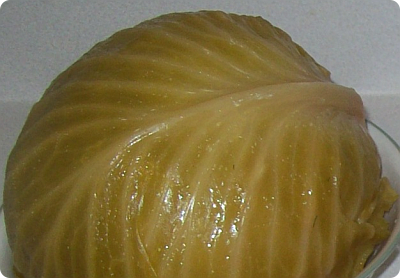 Why Are Fermented Foods Important?

Raw foods are very hard to digest, anybody knows that raw foods are more nutritious than cooked, but those who eat them regularly find them hard on the stomach, and gut. Fermented foods retain the nutritious substances entirely, they are still raw foods, but it renders them in more bioavailable forms, that means easier to absorb. Proteins in fermented foods are easier to digest, calcium is absorbed in greater proportion, etc…

There is an increased interest in raw, fresh food, as a healthier food choice, but according to newer theories, raw, fresh food is not a good choice because it is hard to digest. The high content in fiber might actually make them undesirable for people with certain problems like GERD, IBS, and others digestive problems. The theory suggests that the indigestible fiber goes into the intestine where it nourishes your gut flora, except it feeds the flora indiscriminately, both the good and the bad bacteria. By eating fermented foods, you control the bacteria that gets into your food, and you select only the good strains, by inoculation, or by controlling the fermenting medium, (saltiness, temperature, etc…) So when you eat fermented food, you feed the probiotics first, then you put them in your body, and you only feed that good bacteria. Some prebiotic foods are better than others, in the sense that they are only a food for the beneficial bacteria, so the intestinal microflora balances itself on specific prebiotic fibers.

What foods can be fermented?

Many vegetables can be fermented, fruits, meats, milk, sugar, almost everything can in theory be fermented. However not all foods taste great after fermentation. Here is a list with the best tasting fermented foods.