The Benefits of Unpasteurized Fermented Foods 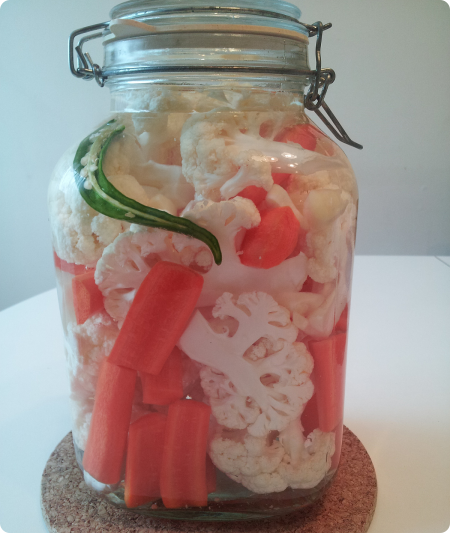 The earliest recordings of food processing through fermentation are dating some 9000 years ago, according to this article, in China. Fact is that fermenting foods and beverages is a science, and it is widely used now to process foods. Also called zymology, or zymurgy, the science of fermentation process studies the biochemical processes during the fermentation, and how the microorganisms interact with foods and drinks.

We don’t really know when humanity first fermented foods, but we know that the ancients loved sour pickles, and Cleopatra claimed that pickles were the reason behind her beauty.

Babylonians were fermenting beverages around 3000 BC, and old jars dating around 5000 BC, found in Iran, were use to make wine.

The famous Greek historian Herodotus, and Aristotle the famous philosopher, spoke about yogurt. The Greek physician Galen, (129-216 AD), recommended yogurt to his patients for liver and stomach.

On the American continent, the pre-Hispanic people were also fermenting beverages since 2000 BC.

Amerigo Vespucci, the famous navigator who named the American continent, understood the health value of fermented foods, and he loaded up pickled vegetables on his ships. This kept the sailors healthy, for the entire duration of the expeditions, curbing scurvy and other nutritional related issues.

Ilya Mechnikov was the first to propose the theory that bacteria in fermented foods are benefic to humans. His work inspired modern medicine, and science to further the research in the field.

Today probiotic supplements are a multibillion industry, partly because of the disappearance of the fermented foods in our diet. There is an increased interest for fermented milk products and lacto-fermented vegetables, and many companies and farms are starting to produce them, despite the lower shelf life.

Fermented foods benefit us in two major ways, through the action of the massive probiotics, and through chemical changes that enhance the nutritional value of the foods. In fact, most of the unpasteurized, fermented foods are considered functional foods. This means they are not only providing a nutritional value, but they also provide medicinal function.

Check this article for a comprehensive list of fermented functional foods.